Click HERE to view a video made by Julie Jenner, a high school student from Texas who recently traveled with Dr. Owen to Ghana.  This student was part of the Linen Drive Project.

Seperated by Distance…United by Love

Coppell, Texas, and Accra, Ghana, are about as far apart as two places can be, both in terms of geography (10,312 kilometers, to be exact) and in terms of lifestyle. However, thanks to the work being done by an organization called Kybele and the philanthropic spirit of a young woman and her mother, the two vastly different places have been brought together in the fight against maternal and neonatal death.

To begin to understand how that is possible, some background information is needed regarding Kybele. Named after the ancient Anatolian goddess of fertility, the organization was founded in 2001 by Dr. Medge Owen. Its mission is simple: to improve childbirth conditions around the world. In the years since Kybele’s establishment, the organization has taken steps toward achieving its goal by organizing and leading trips in which teams of medical professionals travel to developing parts of the world to train and educate local physicians and nurses about safe birthing methods. To date, Owen and her teams have traveled to Turkey, Brazil, Romania, Egypt, Armenia, Ghana and Croatia.

Oddly, it was in Croatia that that Nancy and Julie Jenner, the mother and daughter philanthropists from Coppell, were introduced to Ghana and the needs of its people. A cousin of Owen’s, Nancy Jenner decided that it would be beneficial for her and her daughter to accompany a team of Kybele doctors on a trip through Croatia.

While driving through the countryside, Julie Jenner recalled, Owen asked if she might be interested in participating in a linen drive to benefit Ghanaian hospitals. According to Owen, on a previous visit to the country, the Kybele team had observed that the hospital lacked linens for basic hygiene.

“Women were delivering babies on bare plastic mats, and babies remained wet at birth (because there were no drying towels), leading to cold stress,” she recalled.

The teenager said she would help to gather the needed linens.

“I was thrilled to take the offer,” Julie Jenner said, “but hesitant due to my lack of knowledge.”

Intrigued, she “hit the books” shortly after returning home to Coppell. What Jenner found astounded her.

“I read bout the poverty, the disease and the need (for) medical assistance,” she recalled.

Soon, hesitance was replaced by compassion and motivation, and the Jenners began to strategize about the best way to get their community onboard with the linen drive. Before long, the ideas began to flow. 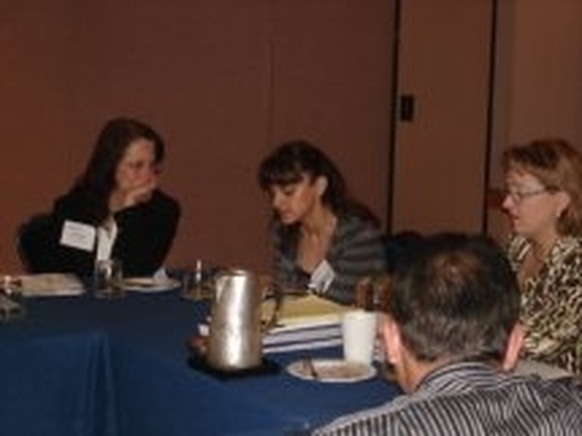 The event, which invites community members to purchase booths (the proceeds go to a graduation party) from which they can sell wares to shoppers, gave the Jenner’s a chance to accomplish two things. It got out the word about the linen drive, and it raised money for Kybele through the sale of African handbags, Turkish pashminas, tote bags, computer bags, African quilts and Kybele Christmas cards.

The event, which invites community members to purchase booths (the proceeds go to a graduation party) from which they can sell wares to shoppers, gave the Jenner’s a chance to accomplish two things. It got out the word about the linen drive, and it raised money for Kybele through the sale of African handbags, Turkish pashminas, tote bags, computer bags, African quilts and Kybele Christmas cards.

The plan worked. Not only were considerable funds raised, but the next day, Julie Jenner received three phone calls from individuals who wanted her to speak about the project at group gatherings. She was happy to oblige.

“All in all, we collected an estimated 3,000 pounds in linens,” Nancy Jenner said. 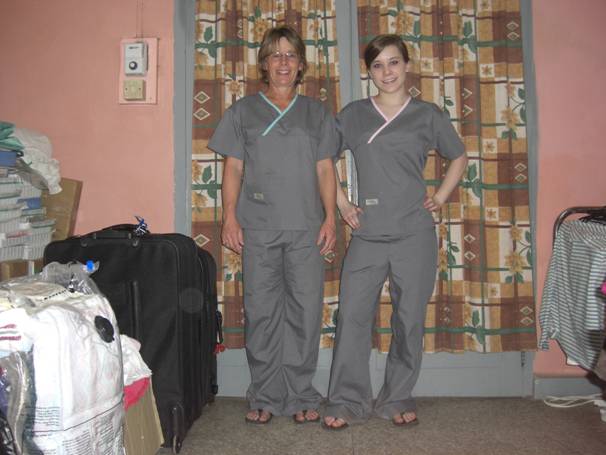 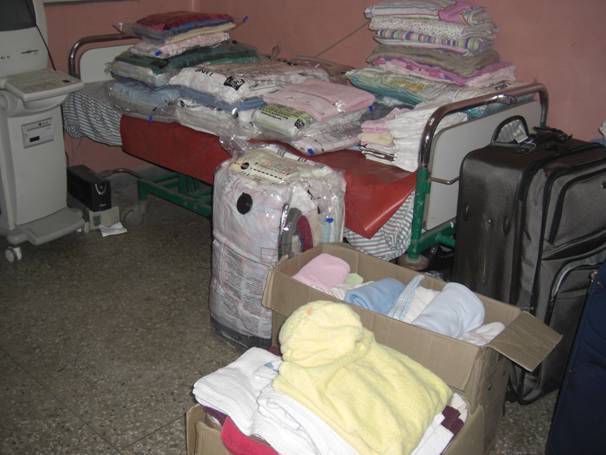